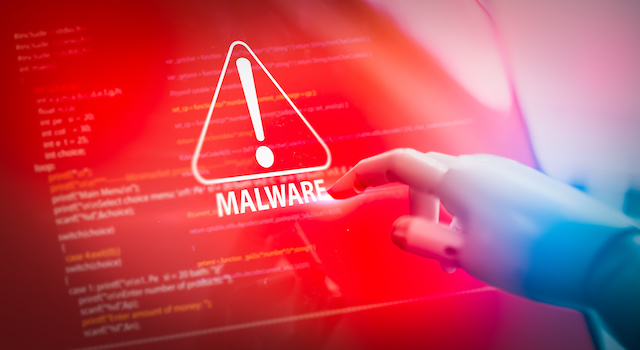 The Kimsuky/Hidden Cobra APT is going after the commercial sector, according to CISA.

The North Korean advanced persistent threat (APT) group known as Kimsuky is actively attacking commercial-sector businesses, often by posing as South Korean reporters, according to an alert from the U.S. Cybersecurity and Infrastructure Security Agency (CISA).

Kimsuky (a.k.a. Hidden Cobra) has been operating as a cyberespionage group since 2012 under the auspices of the regime in Pyongyang. Its mission is global intelligence gathering, CISA noted, which usually starts with spearphishing emails, watering-hole attacks, torrent shares and malicious browser extensions, in order to gain an initial foothold in target networks.

Primary targets include think-tanks, and diplomatic and high-level organizations in Japan, South Korea and the United States, with a focus on foreign policy and national-security issues related to the Korean peninsula, nuclear policy and sanctions, CISA added. It also targets the cryptocurrency industry.

In recent campaigns seen over the summer, the group ultimately sent malicious attachments embedded in spearphishing emails to gain initial access to victim organizations, according to an analysis, published on Tuesday. But the malicious content was deployed only after several initial exchanges with the target meant to build trust.

“Posing as South Korean reporters, Kimsuky exchanged several benign interview-themed emails with their intended target to ostensibly arrange an interview date and possibly build rapport,” according to CISA. “The emails contained the subject line, ‘Skype Interview requests of [redacted TV show] in Seoul,’ and began with a request to have the recipient appear as a guest on the show. The APT group invited the targets to a Skype interview on the topic of inter-Korean issues and denuclearization negotiations on the Korean Peninsula.”

After a recipient agreed to an interview, Kimsuky sent a subsequent email with a malicious document. And when the date of the interview got closer, the purported “reporter” sent an email canceling the interview.

After obtaining initial access, the APT group ultimately deployed the BabyShark malware and PowerShell or the Windows Command Shell for execution.

The infection routine typically used by the North Korean APT is multi-staged, according to CISA.

“First, the compromised host system uses the native Microsoft Windows utility, mshta.exe, to download and execute an HTML application (HTA) file from a remote system,” CISA explained. “The HTA file then downloads, decodes and executes the encoded BabyShark VBS file. The script maintains persistence by creating a registry key that runs on startup. It then collects system information, sends it to the operator’s command-and-control (C2) servers, and awaits further commands.”

Kimsuky is a fan of fileless attacks: It uses PowerShell to run executables from the internet without touching the physical hard disk on a computer by using the target’s memory.

It also uses well-known methods for privilege escalation to move laterally, including placing scripts in the Startup folder, creating and running new services, changing default file associations and injecting malicious code in explorer.exe, CISA said. In addition, the group makes use of Win7Elevate—an exploit from the Metasploit framework—to bypass the User Account Control to inject malicious code into explorer.exe.

“This malicious code decrypts its spying library—a collection of keystroke-logging and remote-control access tools, and remote-control download and execution tools—from resources, regardless of the victim’s operating system,” according to CISA. “It then saves the decrypted file to a disk with a random but hardcoded name in the user’s temporary folder and loads this file as a library, ensuring the tools are then on the system even after a reboot. This allows for the escalation of privileges.”

Kimsuky uses stolen web-hosting credentials — from victims outside of its usual targets—to host its arsenal of weapons and harvest credentials from web browsers, files and keyloggers.

“Kimsuky likely obtained the credentials from the victims via spearphishing and credential-harvesting scripts,” according to the CISA alert. “On the victim domains, they have created subdomains mimicking legitimate sites and services they are spoofing, such as Google or Yahoo mail.”

In terms of the tools in its espionage library, CISA also noted that Kimsuky uses a raft of legitimate tools mixed with proprietary weapons.

For instance, “Kimsuky uses memory-dump programs instead of using well-known malicious software and performs the credential extraction offline,” according to the alert. “Kimsuky uses ProcDump, a Windows command line administration tool, also available for Linux, that allows a user to create crash dumps/core dumps of processes based upon certain criteria, such as high central processing unit (CPU) utilization. ProcDump monitors for CPU spikes and generates a crash dump when a value is met; it passes information to a Word document saved on the computer. It can be used as a general process dump utility that actors can embed in other scripts, as seen by Kimsuky’s inclusion of ProcDump in the BabyShark malware.”

CISA found that Kimsuky also uses modified versions of PHProxy, an open-source web proxy written in PHP, to examine web traffic between victims and the websites accessed by the victims, and to collect any credentials entered.

“The information is directed to C:WINDOWSmsdatl3.inc, read by malware and likely emailed to the malware’s command server,” according to CISA.

Legitimate tools aside, it has its own set of malicious tools as well. For instance, Kimsuky has been seen abusing a Chrome extension to steal passwords and cookies from browsers.

“The spearphishing email directs a victim to a phishing site, where the victim is shown a benign PDF document but is not able to view it,” according to CISA. “The victim is then redirected to the official Chrome Web Store page to install a Chrome extension, which has the ability to steal cookies and site passwords and loads a JavaScript file, named jQuery.js, from a separate site.”

“The keylogger intercepts keystrokes and writes them to C:Program FilesCommon FilesSystemOle DBmsolui80.inc and records the active window name where the user pressed keys,” according to CISA. “There is another keylogger variant that logs keystrokes into C:WINDOWSsetup.log.”

Kimsuky meanwhile collects data from the victim’s system through a HWP document malware, which changes the default program association in the Registry to open HWP documents.

“When a user opens an HWP file, the Registry key change triggers the execution of malware that opens the HWP document and then sends a copy of the HWP document to an account under the adversary’s control,” according to the alert. “The malware then allows the user to open the file as normal without any indication to the user that anything has occurred.”

And on the macOS front, Kimsuky has used a Python implant that gathers data from macOS systems and sends it to a C2 server. The Python program also downloads various implants based on C2 options.

Kimsuky has been seen using a modified TeamViewer client for C2 communications, but Kimsuky’s preferred method for sending or receiving exfiltrated information is through email, according to CISA. Malware on the victim machine encrypts the data before sending it to a C2 server. Kimsuky also sets up auto-forward rules within a victim’s email account.

The group also uses a malicious DLL that runs at startup to disable the Windows system firewall and turn off the Windows Security Center service.

“[We] recommend individuals and organizations within this target profile increase their defenses and adopt a heightened state of awareness,” according to the alert. “Particularly important mitigations include safeguards against spearphishing, use of multi-factor authentication, and user awareness training.”