This country just gave all workers a ‘right to disconnect’ 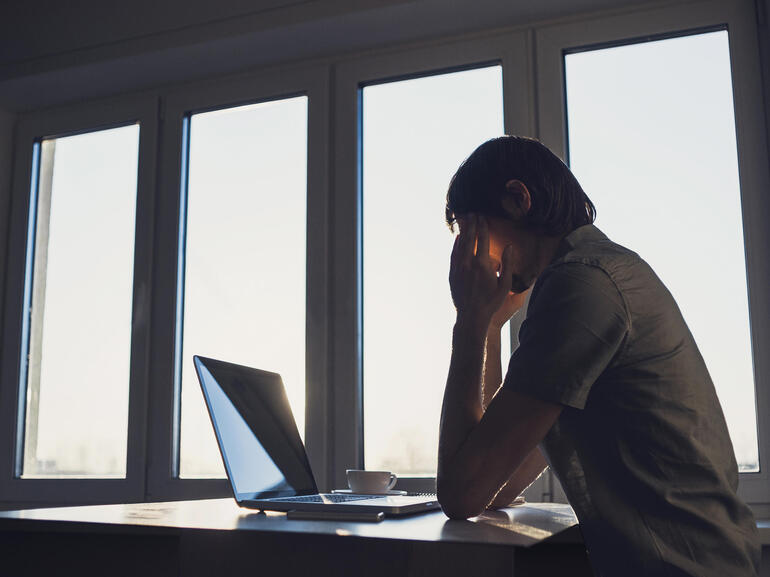 Employees in Ireland can no longer be penalized for ignoring work-related calls, emails and other forms of communication outside of their agreed hours.

All employees in Ireland now have a fundamental right to switch off from work outside of office hours under new government guidance.

Ireland’s government-operated Workplace Relations Commission (WRC) has published a new code of practice that grants employees the ‘right to disconnect’ from work-related tasks outside of their normal working hours.

The guidance was introduced on April 1 and mandates that all employees, regardless of whether they are working remotely or in an office, can switch off at the end of the day without being required to respond to emails, calls, text messages or other work-related communications.

The code was signed off by Ireland’s Tánaiste (deputy prime minister) and employment minister, Leo Varadkar, who has also opened a consultation on how a right for employees to request remote working can be enshrined into Irish law.

“The pandemic has transformed working practices, and many of those changes will be long-lasting,” said Varadkar.

“Although much of the impact of the pandemic has been negative, particularly for those who have lost jobs, income or whose businesses have been closed, it also offers an opportunity to make permanent changes for the better, whether that’s working more from home, having more time with the family, or more flexible working hours.”

Best practice for employers and employees

The Right to Disconnect is intended to support existing legislation in Ireland around employer and employee’s rights and obligations, with the objective of helping both parties “in navigating an increasingly digital and changed working landscape which often involves remote and flexible working.”

It also aims to provide assistance to employees who feel obligated to routinely work longer hours than those agreed in their employment contract.

While failure to uphold a right to disconnect is not a criminal offence, under Irish law a Code of practice is admissible as evidence in court.

In his footnote in the WRC guidance, Liam Kelley, Director General, said implementing policies and procedures to preserve employee’s rights were key to ensuring that both employers and employees got the most out of the new working environments that had emerged over the past year.

“While different working arrangements may suit different employees within their respective business environments, the right to be able to maintain clear boundaries between work and leisure is universal,” Kelly said.

While Ireland’s new code sets best practice for employers, it notes that employees also have a responsibility to draw lines in the sand to ensure their own wellbeing, as well as those of their colleagues, by disengaging from work.

“Disconnecting from work and work-related devices necessitates a joint approach by employers and employees, said Kelly.

“While placing the onus of management of working time on the employer is appropriate, individual responsibility on the part of employees is also required.”

Remote working has been deemed a success in many regards, however extended bouts of working from home during the pandemic have exacerbated issues around work-life balance for those whose professional and private lives are no longer separated by a daily commute.

Other countries have also taken a step towards introducing a right to disconnect. In January, European leaders
voted in favor of a proposal

that would offer similar rights across the entire EU.

The resolution seeks to address the ‘always-on’ culture associated with teleworking, which has peaked during the pandemic and led to
higher rates of burnout

Andrew Pakes, research director of UK worker’s union Prospect, said evidence was mounting that the rise of remote working technology was taking a toll on mental health and that UK law needed to “evolve and keep pace with the reality of the way technology has changed working practices.”

Pakes told TechRepublic: “Around the world governments are waking up to this problem and taking action, by introducing laws requiring employers to speak to their workforce and agree sensible rules that enable them to switch off from work.”

“Ireland has become the latest country to get on board with this, thanks to a fantastic campaign run by Irish trade unions. With an Employment Bill about to be announced in the Queen’s Speech, it is time for the government to listen to the evidence and introduce a UK Right to Disconnect so that workers can reclaim a sense of division between work and home life.”

A weekly update of all the essential technology news from the UK and Europe.
Wednesdays