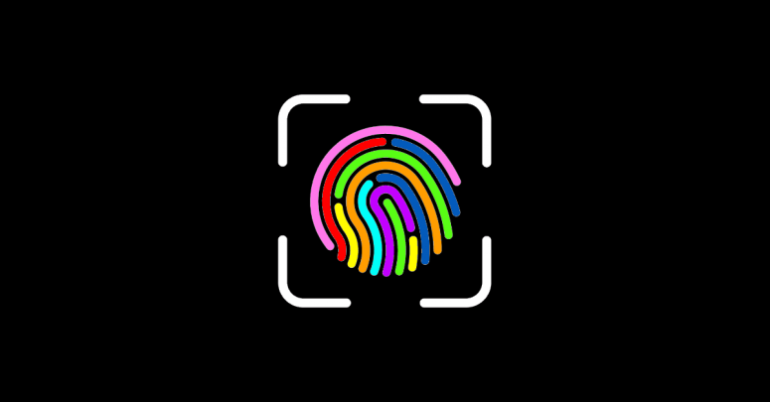 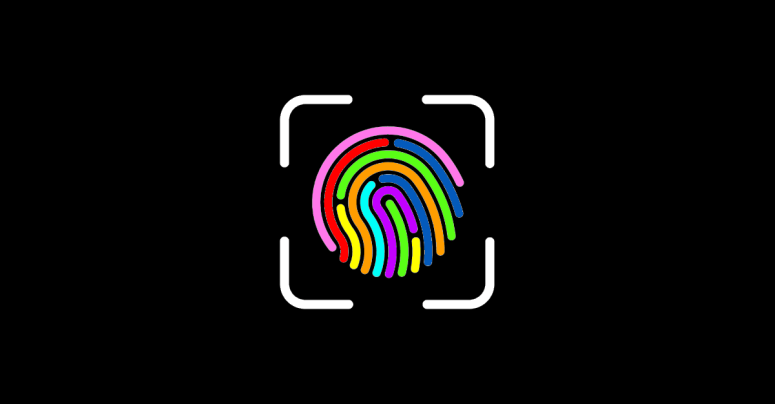 Remember Apple’s TouchID sensor, which created quite a stir way back in 2013 when the iPhone 5s came out with a home button that could also read your fingerprint?

It wasn’t that having a fingerprint scanner was a new thing, even in 2013, but that the integration of the home button and the biometric sensor was a neat move by Apple.

After all, the first thing iPhone users typically did in 2013 was to click the home button to wake up their phone, popping up the unlock screen if they had been diligent enough to set a lock code.

But lots of users – notably including Marissa Mayer, then CEO of Yahoo! – didn’t set lock codes, because just pressing the home button was time-consuming enough.

…because it gave them a way to have their cybersecurity cake without having to take the time to eat it too.

Of course, not everyone was delighted at the idea, for several intriguing reasons, including:

Interestingly, the last concern turned out to be well-founded, given that just one week after writing about the launch of the iPhone 5s and its biometric home button, we wrote about how the Chaos Computer Club (CCC) in Germany had announced a way to make fake fingerprints that would fool Apple’s sensor.

Despite the CCC’s widely publicised hack, however, locking your phone with a fingerprint was certainly better than not locking it at all, and the TouchID feature quickly caught on.

How the CCC hack worked. Photograph a fingerprint, e.g. from the glass surface of the phone itself. Invert image to swap round black and white so the valleys are dark and the raised parts are light. Print on laser printer with the toner setting turned right up so the maximum amount of powder gets deposited to form a sort of 2.5-dimensional mould. Cover with wood glue and allow to dry fully. Carefully peel rubbery “fingerprint” off the “mould”. Place fake “fingerprint” on end of real finger. Breathe onto glue so the moisture makes it a tiny bit conductive. Swipe to unlock phone (maybe).

But TouchID didn’t last long, except on low-end Apple devices.

So TouchID morphed into FaceID, using the front-facing camera, now integrated into a notch at the top of the screen.

Instead of matching some kind of digital hash of your fingerprint, the phone matched up a post-processed image of your face instead.

Swipe on the screen instead of pressing home, look into the camera instead of positioning your finger, and “boop,” you’re in.

So we were surprised to see the rumour mill going into overdrive recently to claim that this year’s new iPhone models, presumably the “iPhone 13” (assuming that’s not considered unlucky in the North American market, where hotel elevators always seem to skip from level 12 to level 14), will be going back to TouchID.

Well, the explanatory rumours behind the product rumours are surprisingly believable: even though FaceID seems to manage OK if you’re wearing things like hats, headscarves, headphones or hoodies (specatacles, too)…

…it doesn’t deal well with facemasks, which are commonplace these days as a sensible precaution against accidentally coughing or sneezing out coronavirus germs all over other people or products.

The humble blue paper facemask, it seems, is a great leveller, making us look all-too-similar as far as computer “vision” is concerned.

(Human brains, apparently, have a special section dedicated entirely to distinguishing faces, which is why babies can recognise their mothers long before they can focus their eyes fully.)

Presumably, if the rumours are true, FaceID will not go away (because which mobile phone vendor would ever consider introducing a new device without a front-facing selfie camera?), but Touch ID will be back.

You won’t have to use it

Frankly, we prefer typed-in lock codes anyway – long enough that every digit is used at least once so that the grease-spots on the screen don’t give away which numbers aren’t in the passcode.

We find it easier to tap in the passcode with one hand while the phone is sitting flat on our desk next to our laptop, than needing to angle the phone towards us, or lean over the camera, in order to line up our dial with its dial so it can figure out who we are.

It also means we can put duct tape over the selfie camera if we feel like it. (To be honest, we’ve never bothered, but we could if we wanted!)